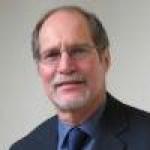 Dr. Benowitz received his medical degree from the University of Rochester, did residency at the Bronx Municipal Hospital Center and fellowship at UCSF. He has been on the faculty at UCSF since 1973, was Chief of the Division of Clinical Pharmacology at UCSF for more then 30 years, and is now Professor of Medicine Emeritus.